It is National Cat Day, and in my household that really is like every other day.  Especially when you are a foster cat parent.  I grew up always having at least one cat, but it wasn’t until I became an adult and became a foster home for various shelters that I fully grasped how many lives needed saving.

When my spouse and I first moved to Los Angeles we had a one bedroom apartment, with very little furniture and somehow managed to foster every single cat we could.  Many times we did this at our own expense, because the shelter system in L.A., like most major cities, leaves much to be desired. Most of the rescue groups there were running on fumes and many of the cats’ lives were at stake if someone didn’t jump in asap to swoop them up. And even then, sometimes that didn’t always work. More times than I care to count, I would call and say I could take an entire family, and a wonderful rescuer would drive two hours to pick them up and they would already be put down.  This is the life of a rescuer in most major cities.  Bless the souls that do this every day.

This is Moo Moo.  He was supposed to be a cat sitting situation.  Friendly, lovable, giant ball of fluff.  Family never came back for him.  Turns out he had a tumor over his left eye that exploded while we had him.  It was operated on, and he did find his forever home with a new loving family.  Poor guy, at least he had a happy ending. 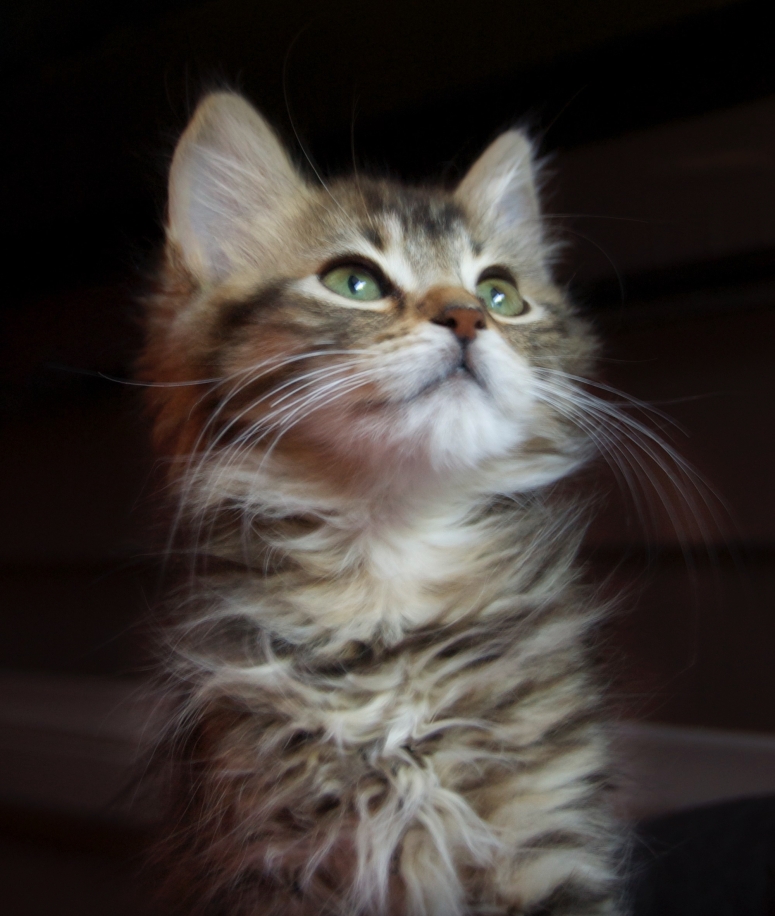 Most photogenic kitten ever. This is Kerouac. He was part of a litter that all got adopted except for him.  We ended up with a momma cat whose babies died. She ended up loving this kitten and we somehow managed to get the two of them adopted together. 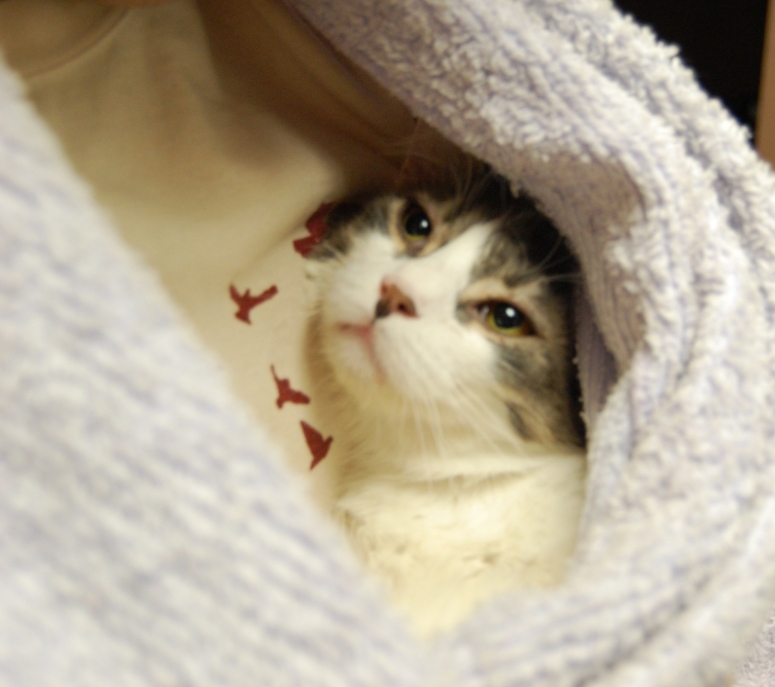 What can I even say about this little guy, Jedi. We got Jedi from a rescue group, and had him as a foster for over a year and a half. We had a really bad skin condition that made it so he basically lived with a cone on 24/7. But he was the single most sweetest cat we have ever had. And he was the welcome committee whenever we had new cats come in.  A wonderful family with the money to care for his skin condition came forward and wanted to adopt him. This was one of the hardest decisions to make. This is always hard when you foster. But we did the right thing and gave him to a good home that could afford to give him the meds that he needed daily.

This was our Fred Weasley. He and his sister, Foo Foo Cuddly Poops were two foster failures.  After about a year, we woke up to Fred dragging his lower part of his body across the floor, after a blood clot permanently paralyzed his legs. We had to make the hard decision to put him down. His sister cried for days.  And was never fully ok until we got another litter of kittens and sort of adopted one, which of course meant we had to keep her.

This is the Doctor. We recently lost him to old age. His story is the epitome of why we foster.

We met the Doctor while we still lived in L.A. They gave him to us because he had been on the streets, snatched up and living in a cage for almost a year because they said he didn’t get along with other cats. We took him in, and had him for the entire time we lived in L.A. No one wanted him. He was sort of friendly to people, but cranky, typical old tom-cat syndrome. Hissed at other cats. But our Jedi wouldn’t stop until he felt at home.  Took years, but the Doctor finally settled.

Finally we get a message from the shelter that someone wanted him. This woman came in, got to know him, loved him, took him.  Next week we left to visit Salem, and get a message from the rescue group saying this same woman had taken the Doctor to the vet, found out he had asthma and arthritis and proceeded to dump him off there.  And left.  Just left him.  No one had room for him in their house so they put him back in a cage. When we got back to CA, he had lost so much weight from being depressed. We swore we would never leave him in a cage again.

Fast forward to us moving back home to Salem. And still no forever home for the Doctor in CA. Well, guess he is going to have to come home with us. Except we already had two cats coming with us. We took a huge chance but he stayed in CA with a nice woman that was friends with the rescue group, and then he flew home on a flight with another kind soul. So right around Christmas we drove to Logan and picked up our cat and he never changed families again.

We lost the Doctor last week to old age, but he was purring up until the end. He was the poster cat for why we foster, why we rescue, and why we continue to do this. His spot in our family of six cats will always be for an older, special cat that no one else wants.

There are so many more cat stories I could tell. Like Adam and his sister Gaige. Captain Peanut and Bellatrix Cabal. Baba who was blind most of the time he was with us until he got surgery. Lorraine our real first foster who had cat leukemia. Hundreds.

So many of them need help, even a little. We do what we can. And to all the other fosters and cat parents and anyone that rescues…